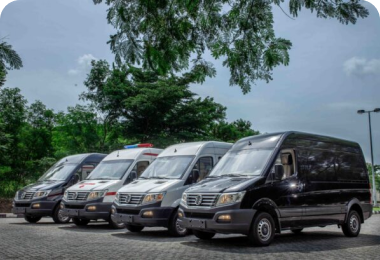 10 years ago, Africa chiefly relied on cars built to consume ozone-depleting fuel for propulsion (otherwise known as Internal Combustion Engines, ICEs) despite Africa’s richness in both human and natural resources.

Perhaps, at that time, not a single car running with electric facility would be found on the continent which homes over 1.4bn people, an equivalent of 16.72% of the total world population.

This narrative, factual as it is, sold Africa as a dump ground for used cars or simply as an archaic engineering adopters.

Recently, however, the vision to see Africa transit from the use of cars with internal combustion engines (ICEs) to electrical alternatives (EVs) fast become a reality.

Thanks to Jet Motor Company, a Lagos-based automobile assembly and design company daring to trail a seemingly forsaken EV path that could bring Africa unimaginable fortune and place the continent alongside others leading technology advancement on a global scale.

Since its incorporation in 2018, the company has invested and led some industry innovations in design and engineering, going on to position its team as an authority in the African automobile space, especially on the design and development of future-ready electrical vehicles.

Beyond producing and distributing EVs built “with unique features specifically designed to withstand the rigors of the African terrain,” the company ensures it allays common fears of people regarding the use of EVs such as the case with high upfront cost and lack of infrastructure which have transmogrified into major challenges overlaying EV commercialization in Nigeria, and Africa by extension.

Quite commendable, with less than 5 years into the operation of the company, the JET brand, like no other African company, has constantly seized every opportunity to help the populace see the beauty in switching from ICEs to EVs through the participation and hosting of fora, seminars and workshops.

Recently, in March 2022, the automobile company hosted a webinar where experts from the field appraised the adoption of e-mobility to combat climate change.

Interestingly, as the Jet Motor Company continues to drive this mission from the private sector end, Nigeria’s Jelani Aliyu-led agency, National Automotive Design and Development Council, NADDC, has been another key enabler in the “EV” scheme of things.

With Jelani Aliyu, a Nigerian automotive designer who once worked with the American car company General Motors, at the centre of the agency as Director General after his appointment in 2017; the development and advocacy to promote the use of EVs have seen no little contribution.

Rising to the status of a senior creative designer at his former company seems to have fortified him with the right drive and orientation to see Nigeria, a significant part of Africa, join the EV conversation while contributing adequately through design, research, development, and investment.

While JET, as a private sector player, is committed to building mobility for the future -relying on innovative and disruptive technology; NADDC as a government organ is supporting this ambition, opening its windows to collaborations that may drive the vision.

On collaborating with bodies and organisations running with the EV mission, NADDC, in a recent development, partnered with UNDP, a United Nations-arm that carries out development programs across countries, on setting up Electric Vehicle charging stations for EVs.

Should this pull through, the agency will take a step closer to establish a robust framework for EV growth backed by a government policy.

Meanwhile, ahead of this, the Jet Motor Company has developed an EV Fast Charger facility, a product that is currently being used to power the company’s EV van, which if carefully under-studied can serve as a prototype for future designs by other companies.

As this Joseph Osanipin-led indigenous automotive company, alongside an agency as NADDC, continues to pilot EV developments and record breakthroughs in the space, Africa, at the centre, is, no doubt, at a point to witness sustainable economic growth and human development. 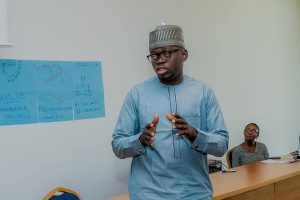 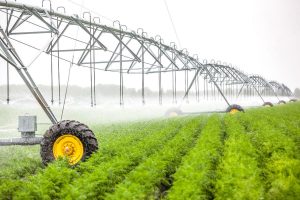 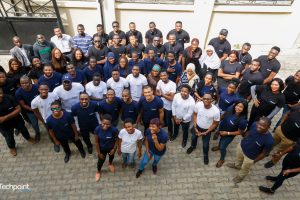 Keep an eye on Egypt’s newly acquired Gallop Express: It could break new grounds in no time
Meet NuState Capital Partners: the VC that led Sticitt’s oversubscribed round
Comment