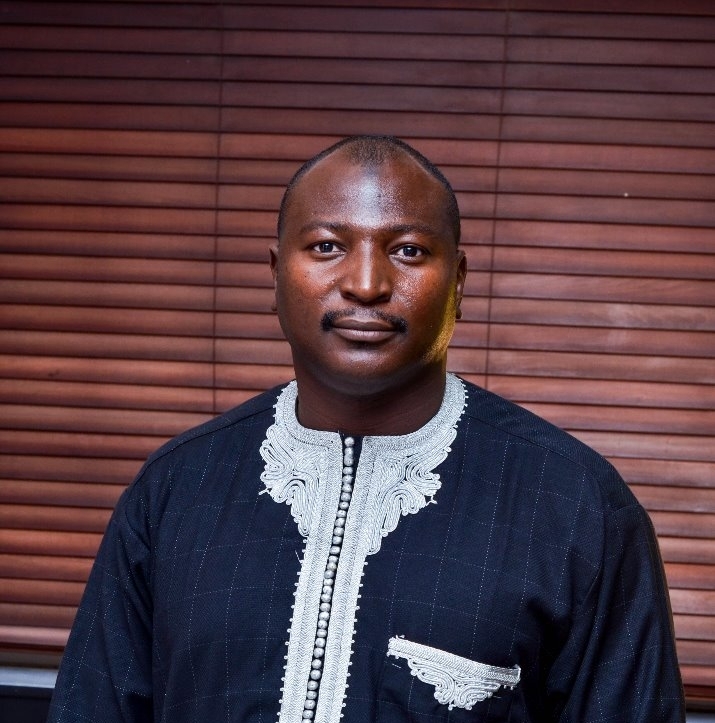 In PortHarcourt, Once the World’s Book Capital, the book, “Like Butterflies Scattered about by Art Rascals” by Umar Sidi was unveiled last week Saturday. Sidi is a naval commander with the Nigerian Navy, his individual poems are featured on several international platforms such as Jalada, Brittle Paper, African Writer, and others. 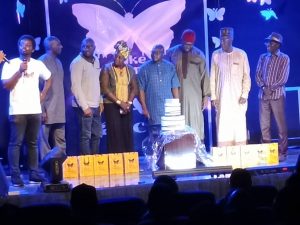 His first collection of poetry, The Poet of Dust, was engaged with critical acclaim by the public when it was published in 2019. His second book of poems, “Like Butterflies Scattered about by Art Rascals,” has been heralded by intellectuals like Dr Ismail Bala of Bayero University, and Obari Gomba of the University of Port Harcourt, as a breath of fresh air on the Nigerian artistic landscape at the book launch.

The event brought both military and civilian personalities to the venue. The Commander of the Navy Base, NNS Pathfinder, Commodore Ibrahim Suleiman, represented by Navy Captain Stanley Umeh, Officer in Charge of Fleet Support Unit, NNS Pathfinder, LT. Col, A. Oteri, Wife of Renowned author, Prof Preye Amadi, and Chairman of the Association of Nigerian Authors, Porth Harcourt Branch, Sadi Wali graced the event. There were also music performances by the Naval band and dramatic
performances of the poems by Suzzane and Chiromi, Voices of the Creeks, and Husayn Zanguru.

The book reviewer, a lecturer of literature, Dr Bala, said Abubakar’s new work is grounded in Expressionism similar to
the New York Poets, while steeped in the core of Surrealist writers and painters. He also noted that unlike the conventional
Nigerian poetry, his work explores philosophy, perspectives on
poetry, and painting, without losing its mischief, verse, and hold on its reader.

Poet and lecturer of literature, Dr Gomba, held sway at a panel discussion of the book launch. On the panel were art event curator, Oruz Kennedy, and Dr Bala. Gomba said, “I want to thank your employer for posting you to Port Harcourt. The attendance here shows that you are welcome to the city.

In response to the question of how he balances the strict observance of his military duties with the rebellious nature of poetry, Sidi said, “In the military, you have different branches and professions, some are in the band, some are in education, some are medical doctors. I always tell people that we have duty periods and off-duty periods, and it is what you do with your time that matters. So I use my spare time to read, study, reflect and write.”

Ismail Bala compared Sidi’s work and creative balance to that of Wallace Stevens, a leading modernist American poet who was a lawyer and insurance executive. “He rose to become one of the best American writers for all generations.” He said, for Stevens and Sidi, “their profession does not limit their writing, nor do they reflect in their writing like other poets”. He also stressed that Sidi’s work is not conventional and therefore does not bear the academic structures that have become the staple of Nigerian poetry for years.

” Sidi writes a kind of poetry that I believe is non-conventional. It means you have to be very good at it (poetry), he added.”

Kennedy chose “How to Write Surrealist Novel” as his favourite poem in the collection. Kennedy said, Öne time when we were at the naval base, I told him that from his works I could see that he is more concerned about the process than the finished product.” While reviewing the work, Kennedy said, “Your work transcends vain thoughts, people have to see beyond their present state of existence to grasp your reality-The place you find yourself before you write.”

Gomba stressed that Sidi’s work deploys a rare kind of intertextuality that bears the density of impressions from novels, poems, paintings, and ancient texts among others.

He said, “Most people think that for an African poet to be authentic, you have to focus on the experiences of the African landscape, but here is a field of thoughts that bring a totality of life that can be experienced by the reader.”

In response, Sidi said, Ï consider myself a reader, and Jorge Luis Borges said ‘reading is more civil than writing.’ I believe that for one to be a great writer you have to read. I also believe that there is an interaction between writers, intellectuals, and philosophers across cultures and across time. I was reading a book by Professor Donatus Nwoga, and I got to know that Okigbo read a lot of Greek and other ancient texts, Okigbo is one of my favorite poets, so I knew the kind of poet I wanted to be, and I knew that to become that person I had to read a lot of books. I did not plan to use them in my works but they show in the work. ”

In his closing remarks, Capt. Umeh said he discovered Sidi’s works in The Valiant, the Nigerian Defence Academy magazine, while Sidi was in his first year as a cadet. At that point, he felt that the work that the “clown” was been assigned was not tasking enough for him, such that he could create spare time to write. However, with time he began to realise that Sidi was both a dedicated Navy personnel, as well as a consistent writer.

“The Navy and armed forces will always support you, and give you a platform to thrive,” he added. 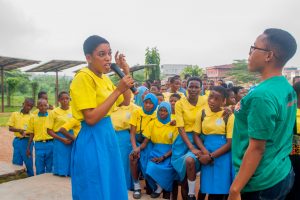