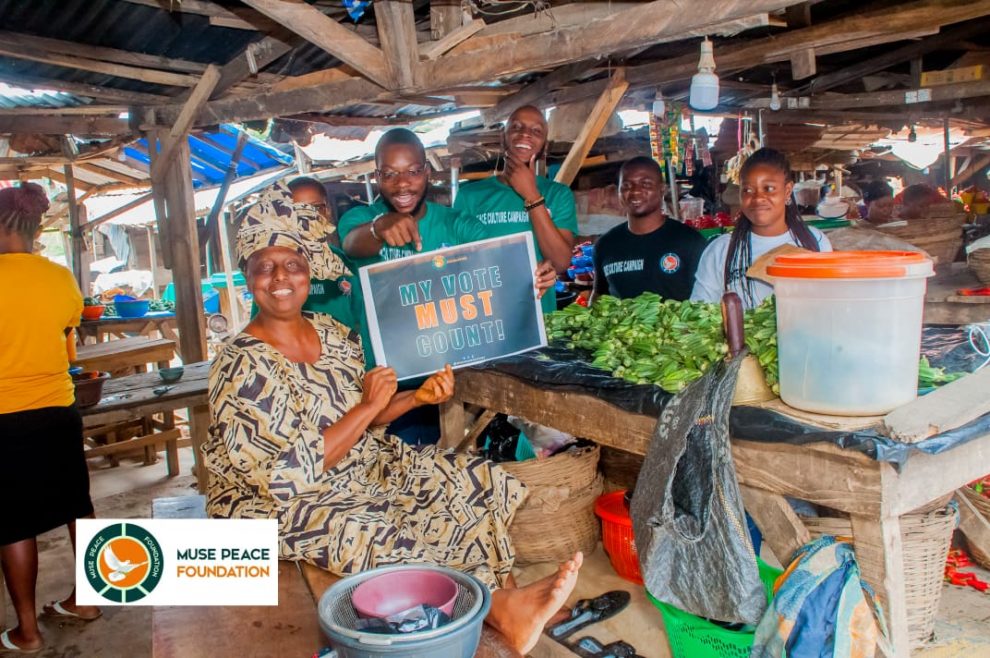 As Osun citizens go to the poll on Saturday, 16 July 2022 to cast their votes to elect their preferred candidates in the governorship race for the next four years, Muse Peace Foundation, a Non-Governmental Organization has taken their peace advocacy strides to the State by organizing an electoral peace campaign in Osogbo, the State Capital. 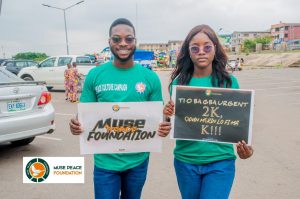 The campaign which was held on Monday, 11 July 2022 had the presence of concerned youths and active citizens from every nook and cranny of the state.

The advocacy campaign started at the popular Akindeko Market where market women and men were sensitized about the need to cast their vote rightly and more importantly, to peacefully conduct themselves as the election is not a do-or-die affair. From the market, the campaign train moved towards Ola Iya Junction as placards and posters with different inscriptions such as “Vote Not Fight”, “Election No Be War” etcetera were displayed along the way by the volunteers. 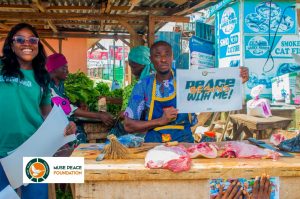 The popular Osun mail was the rendezvous point for the campaign which was strategically chosen to woo young people who often use the place for social activities and gatherings.

During the one-on-one advocacy, the volunteers engaged the audience, unearthing their electoral intentions and debunking misconceptions about electoral violence to replace it with the ideals of democracy which hinges on peace and orderliness.

The audiences were urged to keep the peaceful culture and vote for the candidate of their choice. During the discourse, the citizens were made to understand that selling their votes would not only result in penury but harm the coming generation.

The Executive Director of the Foundation, Timileyin Gabriel Olajuwon while addressing the youths at the mall encouraged them to shun violence, fights, and any form of electoral crisis and should avoid being used as thugs for election disruption.

He emphasized “Voting is the expression of commitment to developing our existence, hence, a need to depart from violence” He ended on the note that “peace is everyone’s responsibility and must be embraced in its entirety in a democratic setting like ours.”

“As a non-profit making organization saddled with the goal of peacebuilding and promotion of social inclusion of people of all ages, cultures, and races, the Muse Peace Foundation ‘Vote Not Fight Electoral Peace Campaign’ is a movement toward ensuring not only a peaceful environment but also the promotion of true democracy and holistic development. It was a great opportunity to make an impact on the electoral perspective of hundreds of Osun state indigenes as they vowed to shun any form of electoral violence which may occur at the polling booths,” Olajuwon Said. 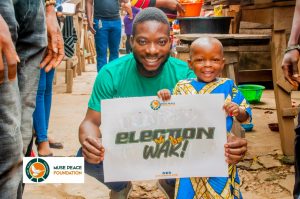 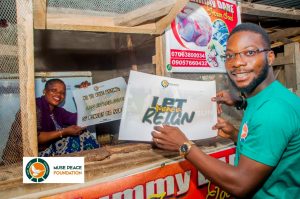 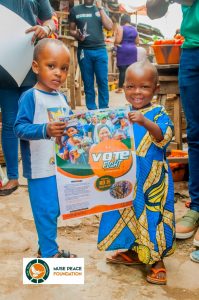 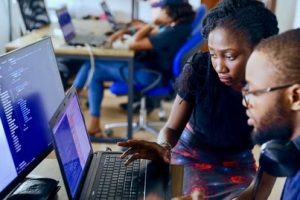